The Lake Wales Municipal Airport is located approximately 2 miles southwest of the downtown business district of Lake Wales, Florida within an area having the highest elevation in the state at 125 feet above mean sea level.

Airport Data
History
The airport was established in 1928, and over the past 70 years, expanded to its present size of 485 acres. During World War II, the Army Corps of Engineers utilized the airport for the training of military pilots while making improvements which included the construction of the 2 present 4,000-foot runways. The airport is owned by the city. An appointed Airport Authority serves in an advisory capacity to the City Commission.

Role
The airport's current airport role and classification are listed in the FAA's National Plan of Integrated Airport System (NPIAS) as a General Utility General Aviation Airport capable of accommodating virtually all General Aviation aircraft with maximum gross takeoff weights of 12,500 pounds or less with wingspans up to, but not including, 79 feet.

Climatological Data
The Airport enjoys a high percentage of weather referred to as Visual Meteorological Conditions (VMC). The majority of General Aviation pilots flying in these conditions operate under Visual Flight Rules (VFR).

The average number of days that the visibility and ceiling height fall below VMC is approximately 11 days per year. Duration of such weather conditions averages 2 hours and is most likely to occur in the period shortly after sunrise. The mean maximum daily temperature during the hottest month is 79.5 degrees. 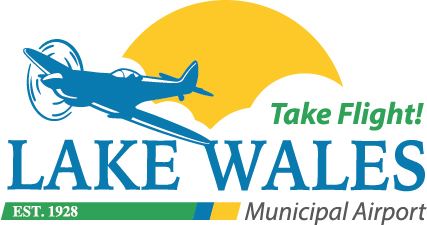